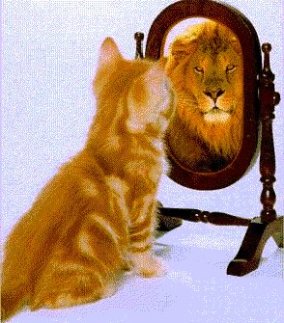 As a committed meditator, I often get stuck in repetitive thought-loops fretting that my embrace of meditation means I’m halfway to becoming a neobliberal drone, cheerfully internalizing the imperative to ‘work on’ myself- coz no one else will, sucker- and zenning my way out of any sense of collective responsibility in favour of tending my own interior front lawn. In an economy where mental health and/ or its more upbeat opposite, ‘wellbeing’- along with pretty much everything else – is increasingly privatized, meditation also shifts the onus of inner care-taking to the individual, thus arguably weakening the desire to change the wider sociopolitical structures which cause or exacerbate depression, stress and anxiety.

Analogous to the pernicious effects the focus on (individual) ‘recovery’ as opposed to (collective) consciousness-raising had on female empowerment, which as Trysh Travis argues “has become a favorite scapegoat, seen as a narcissistic consumer lifestyle that lured women away from the movement”, meditation and its bastard offspring, positive affirmations, seem to locate the key to salvation- or at least happiness- in a personal, rather than social register.

So, the political is personal: the world’s shit is your problem to clean up, through a vigilance of mind that, as Zizek argues of the “Western Buddhist” meditative stance, “is arguably the most efficient way for us to fully participate in capitalist dynamics while retaining the appearance of mental sanity.” His reading reframes the Buddhist notion of non-attachment as a disavowal of ones own participation in ‘the frantic pace of the capitalist game’, allowing you to be fully cognizant of the worthlessness of the spectacle but nevertheless able to sample it with impunity because ‘what really matters to you is the peace of the inner Self to which you know you can always with-draw’.

This conception of Self (capital S), as a haven of secure subjectivity, does not, however correlate with what I have understood of Buddhist scripture, which encourages a gradual disentanglement from ego, the ‘little self’ that continuously seeks to micromanage one’s status, appearance and achievements, investing them with a sense of self in an futile attempt to seek ground. In time, this dropping of obsession with oneself allows the barriers that separate you from others start to dissolve, and eventually, if it all goes well, you realize ‘no-self’ (anattā), and can finally drop the ‘illusion of self’ that causes unhappiness since we cling to it as though it were real. As Buddha says  ‘’this is not mine, this I am not, this is not my self’ and to invest this illusion with an enduring sense of selfness and ownership is what leads to suffering; enlightenment is dependant on giving up a belief in a secure, solid, unchanging self.

I have my own ideas about the benefits of meditation (as anyone who has had the pleasure of hearing me drone on about it knows); not least that I find it makes you less self-centered, aggressive, materialistic and so on, which surely would equate with being a worse consumer and less able, lets say, to rape and pillage the planet for the pursuit of profit.

And yet, meditation has entered the corporate jargon, with promises that mindfulness is a great way for burned out execs to control stress (again, shifting a structural issue onto the individual), make clearer decisions and maybe even sleep at night. For those lower down the food chain, meditation and mindfulness are offered as a salve to ease the pain of unfair working conditions, allowing greater ‘flexibility’ (again, reframing non-attachment as a willingness to be free and easy with your temporary working contracts- hey man, why are you so ATTACHED to decent hours and pay?!) 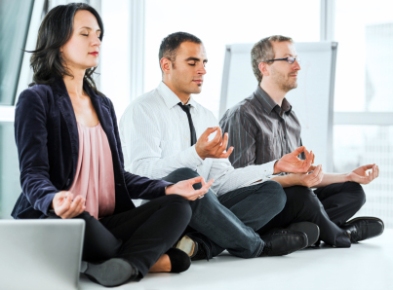 As Steven Poole points out, “there exists an industry of self-help technologies devoted to teaching us how to be happy workers”, encouraging us to adapt to employment and financial misfortunes instead of say going on strike, suing for unfair dismissal or joining a union. As a programme on the quantified self on BBC 4’s Analysis put it, the main issues facing the workforce today are caused by stress; or, as Berardi says ‘’your psychic suffering didn’t matter much to capital when you only had to insert screws and handle a lathe.’ (quoted by Hannah Proctor & Michael Runyan)

That is, our mental state now matters to the economy, and if meditation, rather than better working conditions, are going to fix it, then that becomes a cheap, individualised solution; and the responsibility to ease the pain is yours, not your employer’s.  The idea that its not the world that sucks but your thinking that sucks is pretty much there in the first line of the Dhammapada: “All things are preceded by the mind, led by the mind, created by the mind” usually summarised as  ’mind creates the world’, implying it’s up to you to shift your attitude rather than blame the economy, or anyone else.

It’s not hard to see how all of this fits in neatly with a doctrine of self-responsibility, which many of the more bonkers fringes of the positive thinking movement (The Secret…ugh) have been rightly castigated for.

Barbara Ehrenreich has written eloquently about the dangers of the positive thinking movement in both health, following her own brush with breast cancer and the sappy pink rhetoric of half-fullism surrounding it, as well as in the job market, where she found ‘unanimous advice to abjure anger and “negativity” in favour of an upbeat, even grateful approach to one’s immediate crisis’.

But meditation isn’t positive thinking- and most Buddhists, western or otherwise have explicitly repudiated the claims of positive affirmations, seeing them as ineffectual cover-ups for the crap we’re trying to hide from. (As Pema Chodron says- you’re sitting there saying ‘I’m beautiful and everybody loves me’ but really what you’re feeling is ‘yeah, right’) And even if they did work, anything that strengthens the ego, giving us delusions of grandeur, is, according to the Buddha, unskillful and leads to suffering. Plato puts it like this:

The cause of all the blunders committed by man arises from excessive self-love. He who intends to be a great man ought to love neither himself nor his own things, but only what is just, whether it happens to be done by himself or another.

In fact common to most wisdom teachings and religions is a rejection of the atomised, self-preoccupied model, stressing the paramount importance of love for all beings, expressed in many famous passages of the bible (if a man has faith to move all mountains but has not love, he is etc etc).

Honouring your neighbour, not casting the first stone, forgiveness, care for your community and a general attitude of ‘humility’ that Nietzsche saw as the hallmark of the slave mentality that Christianity (and Platonism before it) ushered in, are universally encouraged across religious texts. Of course- as nauseating stories on corporate scumbags/ politicians hanging out with the Dalai Lama attest to- the problem is you might end up forgiving the very a-holes who are destroying the planet and or our social services in their blinding indifference to anything but the profit motive.

This is the part I don’t have an answer to. Do you ‘forgive’ a cop…or what about a person who has abused you? And if meditation makes you more forgiving and caring towards others, does this mean you no longer struggle against the people, policies and power relations you disagree with? Personally I think not. But I can see how it seems to add to up a desire to change oneself, rather than changing the world.

One thought on “Zenning Out”