This is a slightly refreshed/ rejigged version of text I wrote in summer 2013 as part of research into my commission for Derry City of Culture, where I sent out video postcards to friends, family and online contacts and asked for them to send me metadata in response. The Instagram version of the project features black or blank videos with only the tags and titles and names of senders; the original videos i sent are kept private.

‘bearing  the marks of a man’

The Husband’s Message, an anonymous Old English poem, dates to around the 10th century and is one of the few surviving poetic compilations from the Anglo-Saxon period. Taken to be a love letter from a lord to his estranged wife, it nevertheless seems to be written from the perspective of the inscribed piece of wood which bears the lines of the poem, that is, the object carrying the message:

Aware of itself as a medium that carries the message ‘cross the sea’, ‘borne on salt currents’ the wood is both a medium or a carrier for the content of the poem, and a speaker, as indicated by the first-person narration: “To you far away     I carry this message”. However, the text of the poem is itself a medium, which casts it as a very early example of what Marshall McLuhan argued was characteristic of every medium: that its ‘content’ is always another medium, which ‘shapes and controls the scale and form of human association and action’. In other words, the wood (the medium) and its power to shape human experience through its ability to carry messages is as important as the poem (its content), since, as he famously said ‘the medium is the message’.

Relating the story while reflecting on its ability to do so, the speaker of The Husbands Message invites the reader to consider both the particular plight of the estranged lovers and the mechanism through which the poem-message is mediated; through its self-reflexive evaluation, it foregrounds both language and the wooden object as a medium, a carrier of messages.

A play of awareness and effacement

A tendency to emphasize the artistic medium is described by Boulter and Grussin as hypermediacy, which they argue ‘makes us aware of the medium or media’ and is the counter-tendency to the prevailing logic of immediacy, which has dominated Western art since at least perspectival painting. Immediacy is the desire to efface and erase the medium, so as to allow the represented content (of the drawing, film, computer game) to appear more realistically to the viewer, a quest to erase the interface in a denial of the “mediated character of digital technology altogether.” In contrast, hypermediacy revels in its mediated nature, drawing the viewer’s attention to the medium, or surface, in examples as varied as collage, the heterogeneous windowed space of the web, and even the 16th century wunderkammer. 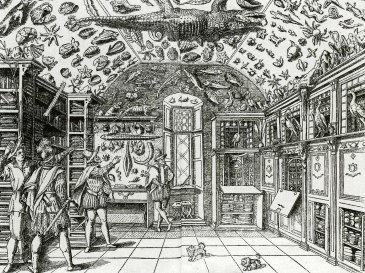 The subversive potential of hypermediacy

The desire to foreground the facticity of mediation could be deduced from self-aware videos like Ryan Trecartin’s (indeed describing his work as ‘hyper-mediated’ is practically compulsory…) which acknowledge and even celebrate their mediated nature, conveyed through frequent direct-to-camera addresses, visible camera equipment, fractured editing and no attempt at realism of story-lines, characters or settings. By foregrounding and reveling in its own mediation, work like Trecartin’s subverts the desire for ever greater realism and immediacy, or medium effacement, exhibiting what Boulter and Grussin (2000: 14) call hypermediacy’s ‘playful or subversive attitude, both acknowledging and undercutting the desire for immediacy’.

The radical, subversive potential of accentuating the medium was also explored by Bertolt Brecht in the context of theatre through the alienation effect, a ‘technique of alienating the familiar’ which offered the possibility of ‘freeing socially-conditioned phenomena’ from their familiar meanings, allowing the public to see them anew and thus presenting the possibility of another social reality. By jolting the audience out of false identification with the characters and the play, this tactic also reminded viewers that this was not ‘real life’ but instead a representation, a theatrical production in an artificially constructed situation, thus foregrounding its own mediatied character and denying the pleasure of an illusory, absorptive immediacy.

The ‘poor image’ in a hierarchy of resolution

Hito Steyerl similarly argues for the revolutionary potential lo-fi media, embodied by her notion of the ‘poor image’, a fast-moving, low-res ‘lumpen proletariat’ ranking bottom in a hierarchy of resolution linked to Hollywood cinema, liquid crystal displays and the flawless photo-shopped fabrications of mainstream media.

As the oft-repeated argument goes, the poor image, with its jagged edges, crude compression and digital artifacts, has inherently oppositional qualities resisting the realism and verisimilitude that capitalism demands of its representations. It also makes visible rather than effaces it’s mediated nature, since pixellation and other lo-fi markers jolt the viewer into awareness that this is a digital representation. (Of course, Steyerl is fully aware that the poor image could paradoxically also be considered the ideal image of neoliberal capital, it’s small size allowing it to travel quickly and copiously).

Broken links in the network chain

If, as she has more recently suggested, ‘networked space is itself a medium’, then web-native poor images also bring it into view as a medium which depends on a smooth, transparent graphical interface to keep images flowing, fingers tapping, eyeballs roving and users interacting without distraction. Broken links, error pages and slow internet speeds disrupt this fluidity, whose effectiveness in keeping us ‘plugged in’ is key to the Web 2.0 economy of value creation through participation, including sharing on social media, browsing, searching and buying online.

The absorptive effects of interface-effacement or medium-erasure that Boulter and Grussin associate with immediacy could also be considered politically coercive, fostering what Jodi Dean has labeled ‘communicative capitalism’: the illusion of agency produced by continuous participation through social media platforms like Twitter, Facebook and so on. 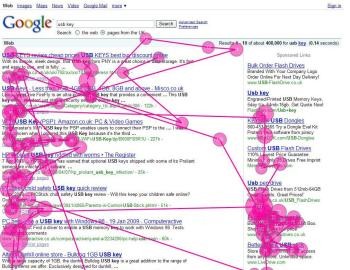 Here, the continuous circulation of content, news and information, and the corresponding flow of opinions, debate and affective combat which users mistake for genuine political action depend on the medium- the social media platforms- disappearing from view into a transparency enabled by high-speed broadband and fluid, intuitive graphical interfaces. As Dean might argue, the dangers of media absorption are ever more insidious because unlike a video game, users experience their interactions and participation within the network as genuine action, thus satisfying their desire for agency without effecting any real-world change.

But is a platform like Instagram or Facebook a medium, or a space for the sharing of other media, or both? Lev Manovich, in his book Software Takes Command, argues that in the current situation, it may not be meaningful to even talk of different, discrete mediums at all; after all, the content of Instagram and its functioning as a platform, and beyond that the computer or mobile phone’s operating system, are all created in and made possible by software. He asks, “what happens to the idea of a “medium” after previously media-specific tools have been simulated and extended in software?” suggesting that a proliferation of media have been replaced by ‘one single monomedium, or a metamedium’.

In a sense, this could be what the post-internet shift is responding to; apart from the banality of the internet now it’s as familiar as TV was to preceding generations who’d grown up with it, even talking about work, or life, or art being ‘online’ or digital seems an outmoded throwback to a time when there was a such a thing as not online or not digital, in at least some part of its production, reception or dissemination.

In After Art, David Joselit argues that mediums, which produce singular objects, are now best considered subsets of formats, which he describes as ‘configurations of force’,  ‘provisional structures’ that aggregate and channel content establishing patterns of links or connections between images. Artworks which privilege the reframing, capturing and re-use of existing content, rather than creating new content, all draw attention to both the image and its ‘aesthetic environment’, the nexus of connections and links ‘not only to messages, but to other social currencies like capital, real estate, politics’ within which it has power, value and visibility.

Within this shift from ‘object-based aesthetics’ toward ‘network aesthetics’ is underway, artists stage a ‘performative mode of looking through which the single image and the network are visible at once’. In this mode images have power not for their intrinsic formal properties, but due to their connectivity and relationship to other nodes of value,  echoing the way that “in informational economies of overproduction, value is derived not merely from the intrinsic qualities of a commodity (or other object), but from its searchability”, i.e. its ability to be found, and connected to other commodities.

So to return briefly to The Husbands Message, the wood calls the viewers’ attention not just to the content it carries, and therefore its role as a medium, but also to the fact that it is itself ‘mediated’ through a ‘network’ of links: the ships, sailors’ hands and horse-drawn carriages and by extension the economic distribution system that managed to transport it across the sea and far away.
Perhaps this wider network, which has evolved into our global economy, has always been the main, or umbrella medium; as with some readings of the term ‘postinternet’, the notion of media become problematic altogether once seen within the wider context of networked space as itself medium, or as Steyerl says ‘whatever one might call a mediums’ promiscuous, posthumous state today”.

One thought on “In Media End”